Not since The Diary of Anne Frank has a young voice so vividly and poignantly expressed the potential for humanity and heroism in the face of Nazi brutality, as does Alicia Appleman-Jurman in her autobiography, a young girl’s story of courage and honor in a world ravaged by war.
There have been many accounts of survival during the Holocaust, but very few of a woman’s active heroism, particularly if that woman was a young girl when she began saving lives of people she did not know.
In 1942, when the Nazis seize Alicia Jurman, her mother, and her only surviving brother, they vowed to meet again in their Polish hometown. While thirteen-year-old Alicia flees the Nazis through the forests and wheat fields of Poland toward Buczacz, where she lived, she rescues Jews from the grip of the Gestapo, leading them to safe hideouts and offering them her scraps of food, her courage, and her hope. Even after she witnesses her mother’s brutal murder, Alicia manages to sustain her faith in human goodness, drawing on the humane gestures of those she encounters – a warning that German soldiers are approaching, a loaf of bread, and the courage of an old man who dares to help her and all the Jews she cannot leave behind. At the end of the war, Alicia goes on to risk her life once again. At fifteen she leads Jews by an underground route from Poland to freedom in Palestine.
The author swore on her brother’s grave that if she lived she would speak for her silenced family. In 1982 this promise drove her to write seven days a week, thirteen hours a day, for three years. The result is an extraordinarily lyrical account, written from the point of view of a remarkably heroic young girl.
With this book Alicia Appleman-Jurman joins the ranks of such powerful Holocaust witnesses as Eli Wiesel, Prima Levi, Anne Frank, and Hannah Senesh.
In addition to “Alicia’s” release by Bantam Books, it has been chosen a featured alternate by the Literary Guild and has been licensed for translation and publication in Sweden, Finland, Denmark, Holland, France, Italy, and Switzerland. The English Bantam Press published “Alicia” in both hardcover and paperback edit ions for distribution in Great Britain and Commonwealth countries.
“Alicia” won the 1989 CHRISTOPHER AWARD. Christopher Awards are given each year to recognize the creative writers, producers and directors who have achieved artistic excellence in films, books and television specials affirming the Highest Values of the Human Spirit. Elie Wiesel won the 1987 award.
Alica also won the 1990 French LICRA AWARD for heroism, given by the Ministry of Human Action. 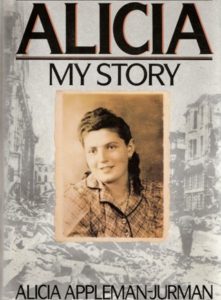 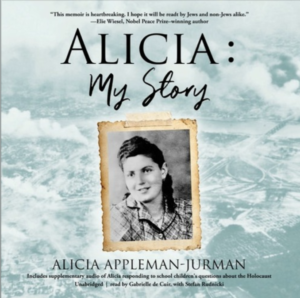 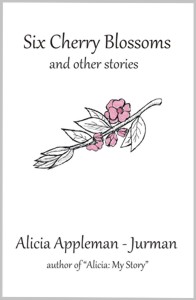 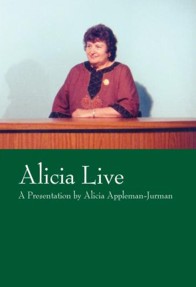 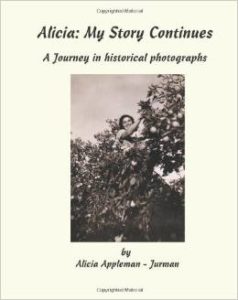